Suicide rates among the First Nations in Canada are on the rise. Reasons and a possible solution.
2020-05-17
There have been several well-intentioned attempts during the past ten years to decrease the suicide rates

Below follows an account by one of our patients about his case. To be sure, glioblastoma is, for several reasons, one of the most, if not the most, aggressive types of cancer. The average length of survival following diagnosis is very short, barely six months. Our results gained from patients adopting a paleo-ketogenic diet show that we can get excellent results with the help of the diet even without radiotherapy or chemotherapy. The case in question is all the more remarkable as this patient had undergone surgery, radiotherapy, and chemotherapy before, but for all that, his tumour recurred at the usual rate. Later he refused all additional chemotherapy and radiotherapy and began to apply paleo-ketogenic nutrition as a therapy in its own right. The most important lesson learnt is that a well-organized consistent diet will produce the intended effect. The writing follows with no changes made in it whatsoever.

RECOVERY FROM BRAIN TUMOR WITH THE "CAVEMAN DIET"

Chemo…, radio…, which tears you apart and burns you to death, vs. Mangalica bacon offered with paleo-ketogenic diet in a mode of life/operation of fat burning. “Tell me, what would you choose?”

The outcome of my third MRI test (August 28, 2017) matches up with the first two: no tumour alteration, tumour size is stagnant, no new brain nodules, no mets. (Since then the latest MRI scan early in January 2018 showed the same results – Paleomedicina). Thus, the results of the no-carb, meat-and-fat diet have definitely proven right the caveman therapy in a tumorous disease because the most aggressive cystic tumour with the worst ever histology test results in my head stopped growing and has been stagnating now for a year. Hallelujah! Deo gratias! That’s what we have been waiting for!

Well, this is the good news briefly.

However, I am telling the interested Reader now the story of my illness and slow recovery in some more detail, asking him to pass it on to other tumour patients for contemplation.

I had my brain surgery on January 29, 2016, when doctors removed a six-centimetre cystic tumour from my head. I got the histological test results and received oncological treatment afterwards. I refused it then and there, but I faced so much resistance from my environment that I allowed myself to be persuaded. I received 30 radiotherapy sessions and chemotherapy for two months taking capsules daily in increasing doses.

As is proper for a good patient, I obeyed all instructions from my doctors throughout the therapy, for instance that I should lead a healthy life along with the treatments. That prompted me to eat large quantities of vegetables and greens, fruits, beetroots and drink all sorts of red, blue, and green organic juices.

In August 2016, I had an MR control that showed that the cystic tumour had grown four centimetres since the steady state after the surgery. At that point, I asked my Doctor to tell me at last what was happening here, because nobody said anything until then; there was only suspiciously great silence and worry around me. He told me then that the histology test confirmed the existence of the worst possible brain tumour in me and advised me to get myself prepared for the end. He said he had hardly ever seen people surviving it, one out of a thousand, maybe, or even less.

Then, considering and understanding that oncotherapy was nothing else but a continuing painful dead end involving unpleasant side effects without a glimmer of hope, I stopped treatment. I did not know yet how to go on, but I felt sure, my heart told me that I should not follow that path and regretted I did not trust my first intuition.

Two days later, thanks to God’s benevolent helping hand, I found myself at Paleomedicina Clinic (paleomedicina.com) receiving medical advice from Dr Andrea Dabóczi and Dr Csaba Tóth. I decided to embark on a lifestyle change at once and finished a course in paleo-ketogenic diet.

I’ve been living on the caveman diet for a year now. It goes like this: zero carb foods – meat, fats (bacon and greaves), eggs, Transylvanian unprocessed salt free of additives, black pepper, plus one more spice according to my choice. Zero carb is zero carb, which means that bread, milk and milk products, flour, vegetables, fruits, paprika, onions, sweets, honey, even a leaf of bay are out of the question – and of the pot!

It is important that meat, including beef, mutton and pork, should come from animals grazing in a field or pasture and feeding on organic nutrients instead of synthetic food or pig swill. Meats should not contain preservatives and no other method of conserving meat is allowed than cooling, smoking, and salting.

“My soul shall be satisfied as with marrow and fatness; and my mouth shall praise thee with joyful lips.” (Psalm 63.6)
Paleo-ketogenic delicacies from Father Tibor’s kitchen

The next MR control took place in October 2016. Everybody thought then that the tumour must have been bigger in size, because once it had grown to attain a size of four centimetres within a short time despite oncological treatments and an allegedly healthy diet involving veggies, fruits, and organic juices, now as I abandoned therapy and ate “unhealthy” foods (some people believe that red meat is carcinogenic to us and fat is forbidden), the cystic tumour would grow faster than before.

The result was surprising: the tumour size did not change and remained stagnant.

In February 2017, I had another MRI scan, which confirmed the same result: the tumour size has not changed and is stagnating.

I recently had my third MRI exam in the course of my paleo-ketogenic life, the excellent result of which I have already praised in the introduction: the size of the cystic tumour did not change and remained stagnant. Hallelujah! Deo gratias!

What we hope for the future is that while travelling the path of nutritional perfection, adhering to our principles and never loosening our commitment to the strict regimen, the tumour will regress slowly but steadily in the years to come.

My grateful thanks to the Physicians and Staff of Paleomedicina Clinic;
thanks everybody for their good advices and encouragement; thanks to the persistent Holy Spirit who persevered in praying for me!

I am not a doctor, but as an imprudent non-expert I am sharing here what I – a man who is just recovering from his third successive non-metastatic cancer – think about the disease.

Imagine an individual bicycle pursuit race in a stadium. Some stadiums, called velodromes, have steeply banked oval concrete tracks where the race is taking place. Well, in our case cancer would be the leading rider followed far behind by a weakened immune system trying to catch up to the other for the win. That is the root of the disease. 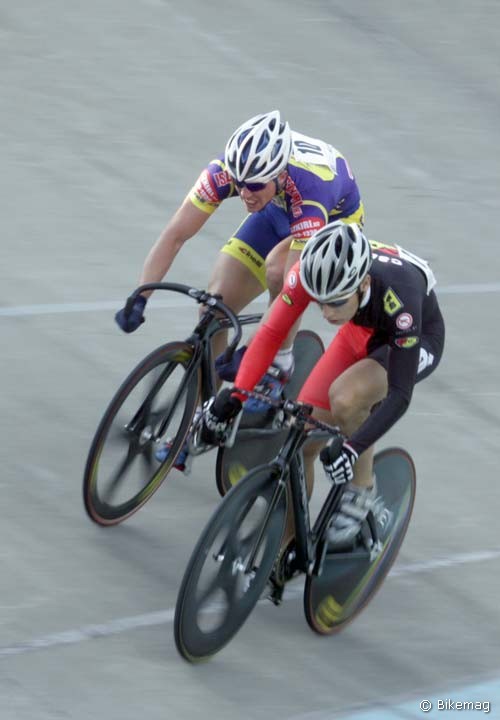 When we receive radiotherapy and chemotherapy, it is like slowing down the pace of the first rider by means of a strong artificial headwind. All right, but at the same time we make as much effort as that to hold back the second rider. Consequently, a weakened collapsed immune system would never catch up with and overtake the progressive disease. Victory and recovery will come when the immune system overtakes the cancer rider and the organism drives back the cancer through its own efforts. Oncological treatment is a blind alley because on the one hand, it destroys the immune system and in doing so, it obviates the chance for success from the very start.

On the other hand! When a patient receives chemotherapy, he will experience a spectacular improvement in his condition at first, because the poison kills the tumour cells. Yes, it does, but not all of them! There are always survivor cells, which need to be treated with a stronger poison at the next treatment session, and so on, and so on. That is to say, this is a kind of contraselection, where only the highly aggressive and strongest cancer cells stay alive at the end of the process and there is no poison against them. At that point, the cancer begins to spread swiftly throughout other areas of the body; the Patient’s condition deteriorates drastically until he dies in no time because his immune system is not working any longer. I have seen that happening to several cancer patients who were afraid of abandoning oncological treatment.

What is more, an allegedly healthy diet, plentiful in fresh fruit and vegetables, ensures continuous supply of sugar for tumour cells. Sugar is a fuel by cancer cells, similarly to motor vehicles, which need petrol to run. Cancer cells can spread violently to other parts of the body with the help of sugar. Adopting a zero carb paleo-ketogenic diet, we deprive them of fuel and the tumour cells will not be able to cope with the fat supplied instead of sugar.

The immune system, however, will be able to strengthen gradually after we have changed from nutrients polluted with preservatives and other additives we find in food stores to “chemically pure” healthy food, doing like the Eskimos, who do not know of many modern internal diseases in spite of the fact that they do not consume vegetables, fruits, or bread and eat only meat and fat there, on top of the Arctic ice.

The cystic tumour in my head preceding surgery was 6 centimetres causing terrible migraines. Now it measures 4 centimetres, I am free of symptoms, have no complaints and I am in good physical shape. As a priest I comply with the pastoral duties in the three villages in my parish, I do duty for the neighbouring parish if needed; I did not lose strength, can carry a 20-kg pack of animal feed from the car on my shoulder, and live my priestly life praising the Lord with a cheerful hearth.

A year ago, I took 50 mg of antihypertensive drugs daily but I do not take any drugs now for about six months. My blood pressure, blood sugar level and body weight are just ideal.

I have only one disadvantageous syndrome: I have become a bit forgetful because of radiotherapy.

Saint Charbel! Pray for us!

The article in Hungarian

The article in German

Treatment of Rectal Cancer with the Paleolithic Ketogenic Diet: A 24-months Follow-up

Halted Progression of Soft Palate Cancer in a Patient Treated with the Paleolithic Ketogenic Diet Alone: A 20-months Follow-up